Israel and Jordan are two Middle Eastern countries that due to their location at the crossroad of civilizations contain some of the most important landmarks in human history. Taking this city break tour will allow you to see both countries in one week, which is a great opportunity if you want to explore this land but do not have much time at your disposal.

Upon arrival at Ben Gurion Airport, Tel Aviv, you will be met by our representative and transferred to your hotel in Tel Aviv for overnight.

Evening at leisure in Tel Aviv.

Meet your tour guide in the morning and set off from Tel Aviv, driving south, passing by the cities of Ashdod, Ashkelon, and Beersheba, the capital of the Negev Desert.

Ascend via cable car for a thorough visit that gives insight into the rituals, politics, and culture of the people who inhabited this desert fortress, which was the last stronghold of the Jewish Zealots in their war against the Romans. Visit the excavations, Herod’s palaces, the synagogue, the bathhouse, and cisterns, and enjoy the breathtaking view of the Roman camps and the Dead Sea.

Descend to the lowest place on earth – the Dead Sea, to experience the mineral-rich black mud and float in its salty waters.

Passing by the oasis of Ein Gedi, proceed through the Judean Desert to Jerusalem.

Start the day at the Israel Museum’s Shrine of the Book with the famous Dead Sea scrolls, then a visit to the beautifully renovated model of the Herodian city of Jerusalem, dating back to the time of the Second Temple.

Visit Yad Vashem the official memorial to the Jewish victims of the Holocaust, established in 1953, located at the foot of Mt. Hertzl.

Enjoy Ein Karem; a picturesque village on the southwestern outskirts of Jerusalem. This small village has great significance in Christian traditions since this is where according to tradition John the Baptist was born.

Visit Bethlehem – the birthplace of Jesus at the Church of the Nativity and Manger Square.

Return to your Jerusalem hotel.

Enter the Old City of Jerusalem where you will see the Western Wall and the actual site of the Second Temple, the Temple Mount.

Walk the Way of the Cross, the Via Dolorosa, to Calvary and the Church of the Holy Sepulchre, housing both the traditional site of the Crucifixion and the Tomb of the Resurrection.

To the southwest, just outside the Old City, is Mount Zion, with the traditional tomb of King David and the Room of the Last Supper.

Enjoy the spectacular panoramic view of Jerusalem - the holy city for each of the world’s three great religions – Christianity, Judaism, and Islam, from atop the Mount of Olives.

Visit the Garden of Gethsemane where Judas betrayed Jesus.

In the heart of a neighborhood in downtown Jerusalem, visit Mahane Yehuda to experience the flavors, aromas, colors, and the traders' interaction with the crowds, at the largest open market in Israel.

Drive from Jerusalem to the Sheikh Hussein border crossing for procedures to enter Jordan.

Proceed to Jerash - the city of the Decapolis, located about 45km north of Amman in the fertile heights of the Gilad. Visit the ancient Roman city with colonnaded streets, the baths, and the hill of the top Temple.

Drive to Amman for a panoramic city tour of the Jordanian capital including the Citadel and Roman Amphitheatre.

After breakfast drive to Mount Nebo, from where Moses viewed the Promised Land. From here you will see the Jordan Valley, Jericho and the Dead Sea.

Continue south along the Desert Highway to Wadi Musa, the modern village of Petra.

Enter the site of Petra and walk, or ride on horseback, to the "Siq" (Canyon).

Walk through the "Siq" to red rock city, the ancient capital of the Nabateans from the 3rd Century BC to the 2nd Century AD.

Visit the most interesting carved monuments such as the Treasury (El Khazneh - a tomb of a Nabatean king) then the field of tombs, obelisks, and the altar. From this point, you can view the whole of the rock city.

After the visit, return to Wadi Musa.

After breakfast drive south to the towering mountains and rock formations of Wadi Rum, which mesmerized Lawrence of Arabia.

Drive through the stunning landscapes on a desert jeep safari, visiting the Lawrence Spring and Khazali Canyon.

Drive north to Madaba to visit the remains of the Byzantine church with its ancient mosaic floor map, the oldest surviving original cartographic depiction of the mosaic map of the Holy Land and Jerusalem.

After breakfast, leave the hotel and drive to the border. (Or transfer to Amman Airport for the departing flight).

Cross the Jordan River and drive back to Jerusalem, Tel Aviv, or Ben-Gurion Airport for a departing flight.

Please note that the sequence of the tour and sites visited may be amended due to circumstances at the company’s or the guide’s discretion.

Service of a government-licensed guide on all touring days

Entrance fees to sites on the program.

Assistance at the airport upon arrival

Porterage at the airport

Entry Visa to Jordan (if required for restricted nationalities) 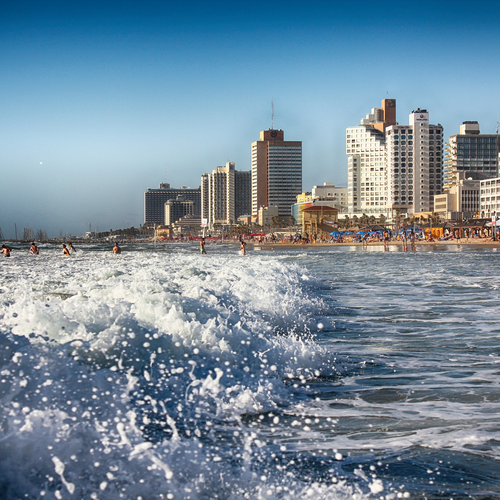 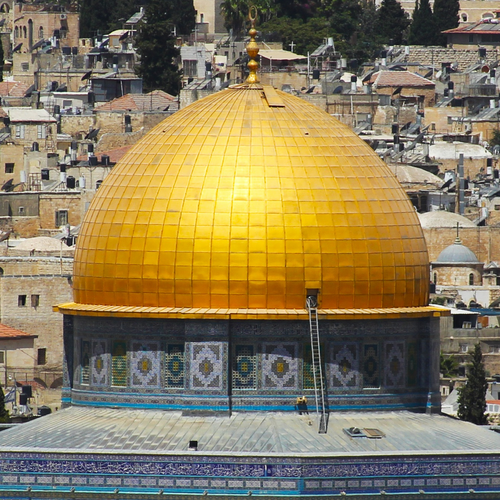 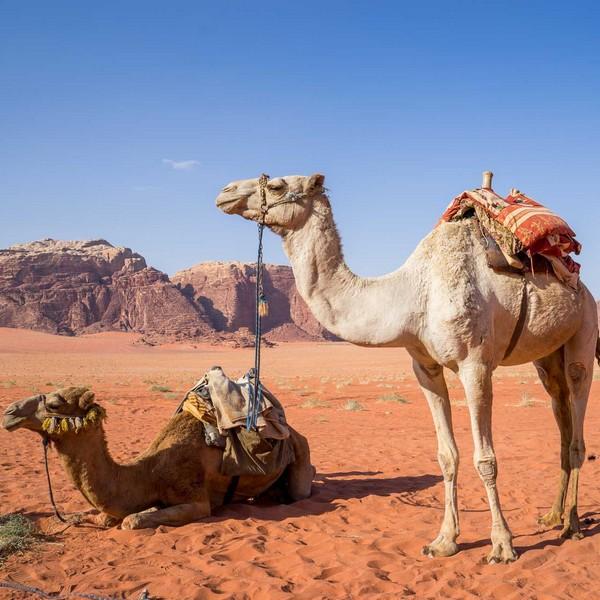