The Dead Sea, known in Hebrew as Yam Ha-Melakh, which means the Sea of Salt, is included in the final list of candidates for the World’s 7 Natural Wonders. In reality a salt lake, it's situated in the Great Syria-African Rift, between Israel and Jordan, and surrounded by the stunning landscape of the Negev Desert. The Dead Sea surface and shores are at the lowest point on the surface of Earth – 430.5 meters (1,412 ft) below sea level. It is called the Dead Sea because plants and animals cannot live in its water due to a very high salinity, which is 10 times as salty as the ocean.

As a result of its high salinity, the Dead Sea is also famous for its health and healing properties, and for the fact that anyone can float naturally in its water without putting any effort.

Due to its unique features, the Dead Sea has attracted visitors for thousands of years. It was one of the world’s first health resorts, for Herod the Great, and it has been the supplier of a wide variety of products, like fertilizers, cosmetic sachets, and more… 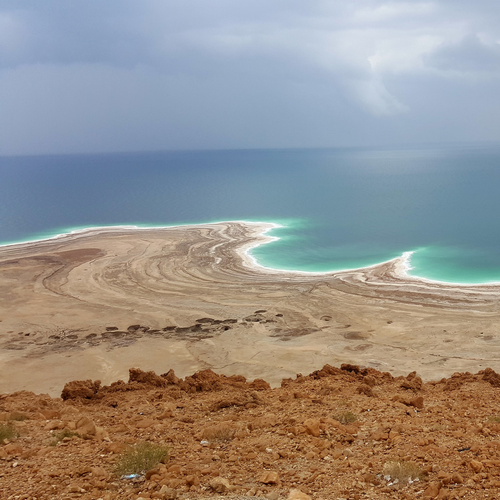 We offer tailor-made day tours and group tours in the Dead Sea and all nearby attractions, like Masada, Ein Gedi and much more.

Planning your trip to the Dead Sea with us is easy. Our experienced travel agents will be happy to assist you in creating the perfect Dead Sea vacation and choosing your kind of tours and attractions.

The Dead Sea and its area have plenty of attractions and places to visit. You can tour the lowest place in the world, drive via the wilderness of the Judean Hill, Float in the Dead Sea salty water, enjoy body treatments including mud treatments, and much more…

You can also combine your tour in the Dead Dea with a trip to Jerusalem, which is only an hour's drive away.

Contact us to book your Dead Sea tours today!